Spotlight on Colorado Resident Alonzo Clemons: A Sculptor Who Is a Prodigious Savant 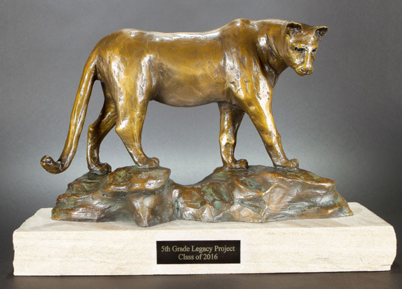 There are fewer than 100 people in the world considered to be prodigious savants, and Colorado resident Alonzo Clemons is one of them. While his IQ is in the lower range at 40, his ability to sculpt is called prodigious.

A Type of Genius Not Born But Created

If someone who is called a prodigious savant didn’t have a disability, they would simply be called genius. With Savant Syndrome, an individual has a genius-like skill in one particular area while also having a developmental disability.

In addition to art, savants can have exceptional skills in math, mechanics and memorizing dates. The savant brain features lower circuitry yet an exceptionally large memory.

Clemons is no exception to this savant characteristic. All it takes is a quick visual of any animal for him to sculpt a perfect replica of it in less than 20 minutes. The accuracy of his work is phenomenal – he gets every detail correct.

Although he is now a famous sculptor in his own right — selling his works online and in art galleries — he wasn’t born with this gift. At a young age Clemons sustained a brain injury that re-wired how his mind worked.

This is not uncommon among prodigious savants. When the higher brain circuitry is injured, it can lead to other parts of the brain becoming more active, such as memory.

Clemons has not completed any formal art education, yet many consider his works as masterpieces.

“Wake Up” by Alonzo Clemons. www.alonzoclemons.com.

Sharing His Talent With the World

Although he can’t write, read or drive, he has a tremendous talent that he shares with the world. Clemons has been featured on national TV, including the “World of Wonder” on the Discovery Chanel, “Geraldo” and “60 Minutes”.

When he began his art, he worked with what he had available. Using butter and even tar from the cracks of sidewalks, he would recreate in detailed form 3-D images. Now his medium is clay, and he sells his work to collectors across the nation. He has showcased his work in Denver at Inside The Art of Life Gallery and Aspen at the Driscol Galleries.

He lives in his own Boulder, Colorado apartment with some assistance. When he isn’t sculpting, he’s either working at the YMCA or lifting weights. In fact, Clemons is a champion powerlifter too.

To learn more about Clemons, his current showings or to purchase his artwork, visit his website.

Finding the Special Talents in All of Us

One takeaway of the life and art of Clemons is the fact that everyone has a talent, regardless of ability. At ACES$, we help people with disabilities live independently by providing financial management services. As part of MyCIL, ACES$ is a non-profit, private organization that puts clients first. Over 51% of our own staff have disabilities. Learn more about ACES$ Financial Management Services.