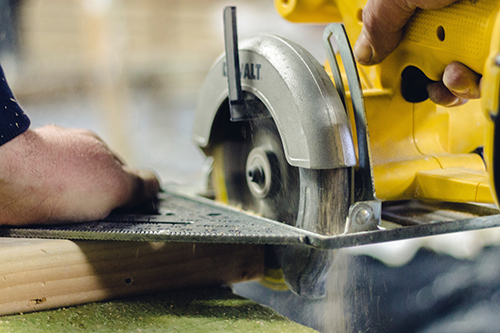 The estimated number of adults with disabilities who live with caretakers over the age of 60 in Colorado is staggering: 10,000.

The other concerning figure is the gap between the average disability benefit ($760 per month) versus the average one-bedroom apartment in Denver ($1438). People on Social Security can’t afford their own place in Colorado.

While they could get a roommate, it’s often not a safe or feasible option. The other option also isn’t a good one: group homes. The waiting list to get in a group home is often too long.

Affordable housing is a real concern. It’s clear there needs to be a change to ensure the future of adults with disabilities.

Integrated and Affordable Housing for People With Developmental Disabilities

Barbara Ziegler is working to improve the housing options for people with developmental disabilities in Colorado. Her non-profit Stepping Stone Communities is raising funds to build an apartment complex that will offer affordable housing to adults with disabilities — alongside those from the general population.

This integrated, affordable housing in Littleton will give people the opportunity to live independently, especially important in the future when their parents can no longer care for them.

Designed to Address the Needs of People With Developmental Disabilities

The planned 68-apartment complex has plenty of perks. For instance, there will be staff on site 24 hours a day, seven days a week to ensure residents’ safety. There will also be a model apartment that prospective tenants can use to practice their independent living skills before they move into their own apartment.

In addition, the plans include a common kitchen and dining area for residents who are unable to cook their own meals. The idea is to create a space where everyone can socialize – often a challenge for people with developmental disabilities who are often ostracized and isolated.

Hoping to break ground next year, Ziegler said they need to raise $7 million more of their $10 million goal, as well as find people interested in living there.