April Is Autism Awareness Month: Are Your Purple or Blue Lights On? 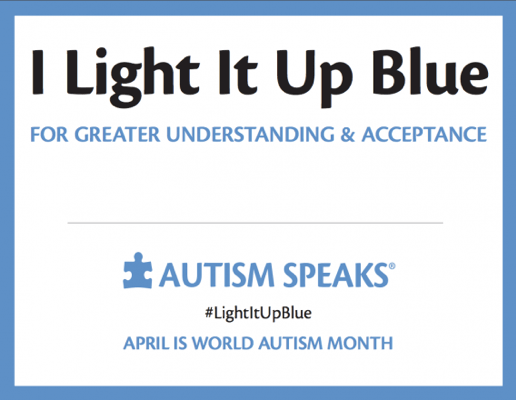 April is autism awareness month, the perfect time to focus on spreading awareness and understanding of autism spectrum disorder. One way to show your support is by switching out your house’s front light with a purple or blue one or stringing blue or purple lights on your house.

Light It Up Blue

The Light It Up Blue campaign was launched by Autism Speaks in 2010. Autism Speaks encourages people to turn their lights blue during the month of April.

Join the thousands of homes, museums, schools, stores, bridges and iconic landmarks that go blue during April. You can either change to an actual blue lightbulb, or you can cover your light fixture with a blue gel sheet, lens or filter.

For the past 15 years, Illinois has been rocking purple lights in April to show their support of Autism Awareness Month. The nation’s largest autism network, The Autism Project of Illinois (TAP), asks Illinois residents to replace their exterior lightbulb with a purple one.

Whether you use blue lights or purple, let your community know you support Autism Awareness Month. Share your photo on social media to spread your message even further!