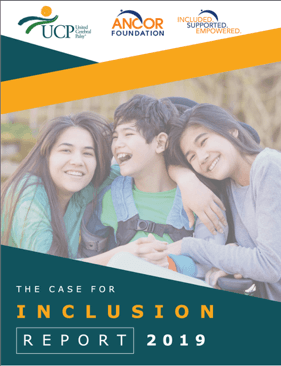 The annual report — “The Case for Inclusion” — shows Pennsylvania improved its services for people with disabilities. Specifically, more people are receiving community-based services, and there are fewer people waiting for these services.

How Pennsylvania Ranks Compared to the Other States

The report, presented by United Cerebral Palsy and the American Network of Community Options and Resources, evaluates all states for their performance in serving people with intellectual and developmental disabilities. They measure states by five key areas:

Overall, Pennsylvania ranked 19th in the country based on these five focus areas.

What Pennsylvania Is Doing Right

In addition to increasing the community-based services people with disabilities are receiving while also decreasing the number of people waiting for services, Pennsylvania scored highly — 5th place — in tracking health, safety, and quality of life.

According to the report, Pennsylvania is also one of only 16 states that has family-focused programs. These support services help families who are caring for children with disabilities keep their children at home and people with disabilities living in their communities.

What Pennsylvania Needs to Do Better

While Pennsylvania scored highly in some areas, there are others that need improvement. For promoting productivity, the Commonwealth came in at 39th place. For reaching those in need, Pennsylvania is in 47th place.

The low score for reaching those in need is due to the fact the Commonwealth still has four state-run institutions. There are more than 900 people with disabilities living in these institutions instead of in the community.

What You Can Do With This Report

Seeing where Pennsylvania needs to improve can empower your advocacy efforts. Reaching out to your local legislators and backing up your concern with the report’s data can effect real change.

You can also get involved with organizations that are working to improve Pennsylvania’s performance, such as your local chapter of the Arc, United Way of Pennsylvania and ACTION- Housing Inc.