719 Lacrosse Bringing the Sport to Colorado Players of All Abilities 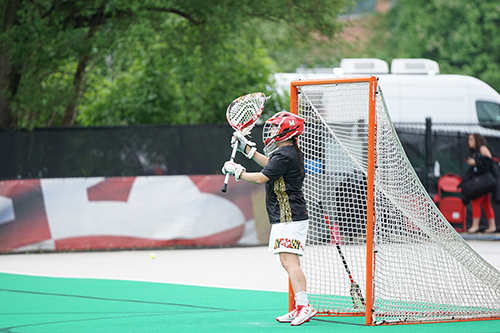 Colorado kids and adults with physical or cognitive disabilities now have the opportunity to learn how to play lacrosse. Thanks to 719 Lacrosse, more people are being introduced to the sport.

The non-profit organization holds adaptive clinics for players of all ages and abilities. They also offer lacrosse instruction to students with disabilities in area schools.

Opening the Game to Everyone Who Wants to Play

719 Lacrosse was founded by Rob Raphael, an IT professional in Colorado Springs. Devoting his free time to lacrosse, he saw the need for a program like this after coaching his son’s U15 team.

A player with cerebral palsy joined the team, marking the first time he had the opportunity to play an organized sport. In fact, he scored the final goal of the season!

After coaching this team, Raphael realized he could do more to include players with disabilities.

Raphael, who doesn’t have much experience in working with the disability community, realized he needed partners to make his vision work. He worked on connecting with special needs coordinators, volunteers, supporters and service providers — all in his limited free time.

719 Lacrosse offers players more than just lacrosse skills. By being part of this organized sport, participants build their social and teamwork skills. They also improve their self-confidence.

After a six-week instructional course, players received a medal. One player was so proud of his accomplishment that he didn’t take the medal off for a week.

Learn more about 719 Lacrosse and how you can get involved.